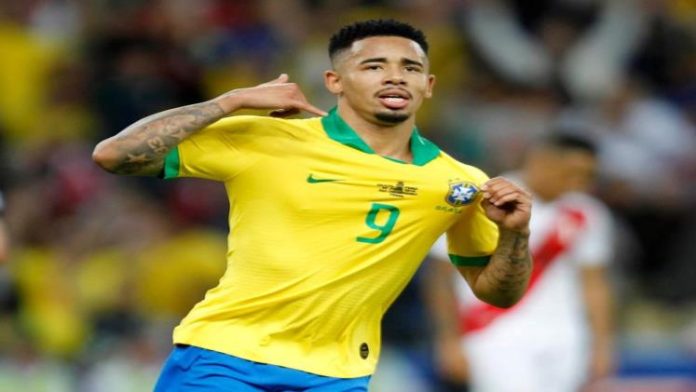 Is Gabriel Jesus poised to be the shining star for Arsenal?

Arsenal is gunning its way towards the top spot of the English Premier League this season. Most of it can be credited to the addition of Gabriel Jesus and his continued dominance for the squad. Fans even claim that he is expected to become the next face of the club.

Jesus has been the saving grace for Arsenal’s stunning campaign in the 2022-23 season, and his performances down the stretch have helped the Gunners stay on the prowl. A lot of historic records are being reopened as the team’s run seemed to be a mirror of ‘The Invincibles’ era.

There are bigger expectations set for Arsenal’s campaign, but Jesus’ prominence in the team only proves that he is indeed the asset they have needed all along. As one of the top 5 Arsenal players in 2022 World Cup, Jesus still has a lot to offer the club in his coming games for the team.

Here’s why Gabriel Jesus is set for a bigger spotlight with Arsenal:

Jesus’ impeccable rise with the Gunners in 2022-23

After spending six years with Manchester City, Jesus resolved to look for greener pastures and found a new home with Arsenal. He signed a long-term but undisclosed deal with the Gunners and was given the number 9 shirt, which gave him a bigger spotlight with the team and more than he ever had with City.

Jesus played his first match at the Emirates and the second game of the season in their 4-2 win against Leicester City. The forward had two big goals and assisted on the other two to lead the way for the club. Since that burst, Jesus soon made bigger strides and has been playing big minutes for the team, especially in the league derbies and key matches.

Continued improvement on the offensive end

As of the time of writing, Jesus has played 18 games for Arsenal and scored five goals so far. The Brazilian forward did well in finding the open man to dish out big assists for the team while also getting himself some good looks on the goal.

Jesus has played a huge role in keeping Arsenal at the top of the Premier League table. The Gunners have relied well on him when it comes to cutting on the lanes, making it easy for the club to push for an attack. This continued improvement on the offensive end has been the big focus for Jesus’ stint with Arsenal.

Jesus is expected to keep on learning how to be a key player for Arsenal in the 2022-23 season. This means he will get even more minutes as he continues to show more growth for the club. His offensive attacks have proven to be a boost for the club’s ability to spread their line even better, which means more coverage for the team.

With Jesus set to stay for more years to come, Arsenal can count on him to become a star who would even match former captain Pierre-Emerick Aubameyang’s level of play back in the day. A lot of fans see him as the replacement for Auba, and he still has big shoes to fill not just this season, but also in the coming years.

The future for Gabriel Jesus with Arsenal

As the new number 9 for Arsenal, Gabriel Jesus still has a lot to show in his stint with the team, which means fans can hope to see more growth from the star forward. After all, Jesus has more years left in his stay with the Gunners, which means more chances for him to prove that he is indeed the ace that Arsenal has been looking for all along.

Aside from the fact that Jesus is one of the top 5 Arsenal players in 2022 World Cup, Jesus’ success throughout his career shows proof that he is set for bigger heights in his career. This is why the bar set for the Brazilian talent is high, but still easily reachable for him at this point with Arsenal.