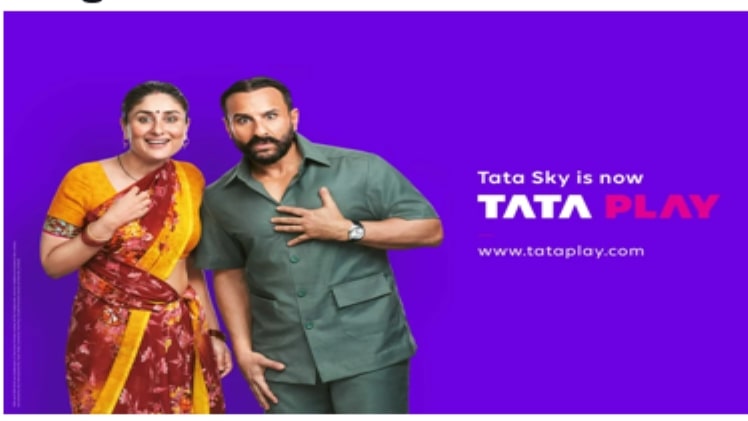 Right from 2006, Tata Play, formerly known as Tata Sky, has been catering to the entertainment needs of all people across India. And undoubtedly, their DTH services have gained massive popularity for their outstanding services. The leading content distribution, Tata Play, has become the market leader in the entertainment content distribution category.

With the rebranding, the company is carrying forward their legacy. They were the first among the DTH service providers to introduce the feature of “Pause-Play-Rewind”. This feature was genuinely remarkable as none could ever think that they could induce them in live television channels.

Besides being one of the leading DTH Connection distributors, they have partnered with the top global OTT platforms. They have included everything from Amazon Prime Video, Voot, ZEE5 and many more. Also, they have recently joined hands with Netflix, a worldwide OTT giant.

So with their new identity, they are pacing up for bringing in in wholesome entertainment to their subscribers. With all kinds of content clubbed under one platform, subscribers do not have to switch HDMI ports between their favourite OTT apps and regular broadcast channels. With a single user interface, i.e., single subscription and payment, you can get the most of DTH services and OTT.

The brand has brought forth some new features keeping users convenience as a top priority. These additional features are included in hardware and software. First, let us take a look at the hardware.

At present, Tata Play has four types of set top box for their subscribers. And each of them has different features installed within them. They are:

You can enjoy DVD Picture Quality and CD Quality sound along with a range of exciting Tata Play services on an SD set-top box. And, you can watch your favourite broadcast television shows in the SD set-top box.

Two years back, Tata Play noticed that the entertainment demands of people are altering. The DTH service providers saw people hooking onto OTT content besides broadcast television. So, they believed that it was time to pace up and cater to the changing demands.

Since then, the company has joined hands with 12 leading OTT platforms and Amazon Prime Video.  And now, they included Netflix within the OTT platforms after that entertainment became superfluous.

Soon after the entertainment distributing company rebranded, Tata Play tweeted. It stated, “Suna kya? Tata Sky is now Tata Play! And you don’t need to be an MA in English to enjoy all your favourite Jingalala Entertainment on Tata Play!”

With Tata Play, you can get access to all the regional channels in superior picture quality. No wonder all the content packs come at highly affordable rates. Regardless of your mother tongue, you can choose from a wide range.

The regional packs that you will get with Tata Play are:

Tata Play has magnificently proved to be the best DTH service in India. With so many regional contents all packed into one, you can have the most of it. Give a missed call and avail your subscription today.