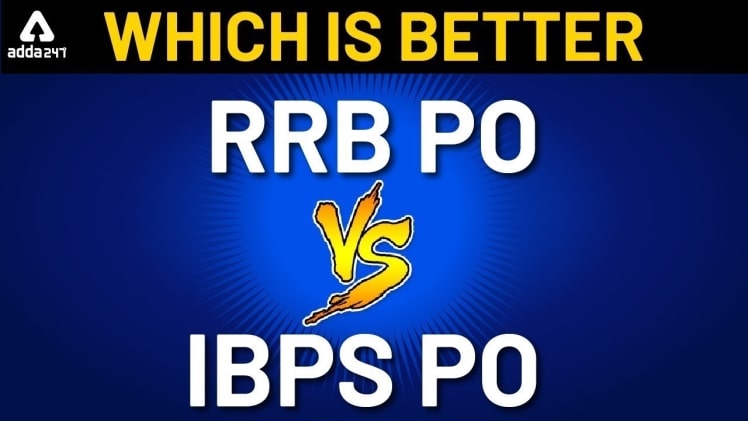 Which is Better: IBPS PO or IBPS RRB PO?

In India, the Institute of Banking Personnel Selection (IBPS) is an autonomous body that examines the recruitment of applicants in the banking industry. In most cases, the official authority serves as the exam conducting body. The IBPS exams are administered via Common Written Examination (CWE) for Probationary Officers, Clerks (PO), Office Assistants and Specialist Officers.

Both IBPS PO and IBPS Regional Rural Bank (RRB) PO are officer’s grade jobs, and every year, lakhs of banking aspirants take the exam to be a part of either one. However, many candidates who are aiming for IBPS or IBPS RRB exams are puzzled as to what is the difference between the two job profiles and which one is better.

In this article, we have provided some insights on the difference between IBPS PO and IBPS RRB PO in terms of career progression, salary structure, exam pattern, job transfers etc.

Although IBPS PO and IBPS RRB PO are officer level job profiles, the perks in IBPS PO are more than those in Regional Rural Bank (RRB) PO. The job benefits and amenities in RRB PO are relatively limited, as there is comparatively much less work to be done in rural banks than in the cities. As a result, the promotion and professional advancement are stalled in RRBs. While in IBPS PO, postings are usually in big national banks, and growth in these occupations, including facilities, is fairly strong. More such differences are given in the table below.

IBPS releases notifications for PO and RRB PO in the month of June or July, and the exam takes place mostly in September or October. The IBPS admit cards are released 10-15 days before the date of the exam. Aspirants can download the same from the official website of the IBPS.

Finally, deciding between the two as a professional path is entirely dependent on one’s personal set of priorities. Various aspects like career prospects, workplace environment, and so on clearly favour IBPS PO. Working with less wealthy individuals, on the other hand, provides more job satisfaction for those ready to serve the rural masses.